Maid provides the best of both worlds: Ease of use and flexibility that comes with a code-based interface.

One of the main problems that I have because of my routine practices using computers is the lack of organizational discipline. To me is quite complex to have all the different files organized in the right place all the time, and I finally decided to stop fighting against it.

This is something that had happened to me since the beginning of my use of computers but got worse when I started working in the industry more than ten years ago.

I have colleagues with a solid organization process from mail received (using the well-known Louts or Outlook folders) to the documents they received or produced for the different topics and accounts using specific folder organization.

To me, everything is dropped in some folder, such as Downloads, Desktop, or a similar folder, and I hope to find everything around there. For emails, I have solved this problem because the search capabilities from Gmail are so powerful that they can recover any email in seconds, but finding and arranging my files is much more complex.

Because of that, I have been looking for a tool to do all this work for me because I know I cannot do it. I can try it… I can do it one day or maybe two, but this is a habit I cannot hold for a long period of time.

So, in this search of options, I have tried a lot of things because, in this time, I also have changed a lot from operating systems, so I managed to try Hazel, FileJuggle, Drop, and so on. But no one of them provided the flexibility and the simplicity that I needed at the same time. And over and over I come back to my old friend maid

Maid is a project created by Ben Oakes that he defines in its own words like a Hazel for Hackers, and that’s true. So it provides the same capabilities as Hazel but in a way that is much more flexible for people that have a programming background.

Based on Ruby On Rails, in the end, your duty is as easy as defining the rules you want to apply using this language. But to make it easier and because it is not needed to be a Ruby expert to be able to use the tools, Ben has already developed a lot of helper functions to simplify the creation of these rules.

Helper functions like weeks.accessed, downloaded_from, image_px, and at the same time the common actions like move, trash, or copy.

So, in the end, it is like you code your rules using a very high-level language, like when you are using a GUI in other programs like Hazel. Still, at the same time as this is code, you also have all the flexibility and power at your disposal to be used when you need it.

To install the tools is as easy as just typing the following commands:

And after that, you will have a sample rules file in your .maid folder to help you create the initial set of rules. And after that point, you are only limited by your needs and your imagination to finally handle this file madness that, at least, myself, I have been for a long time into. 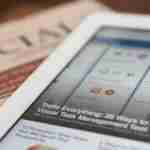 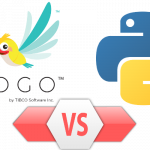 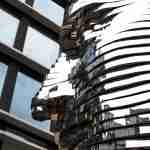 One new contestant to bring down the King: Apache Pulsar