3 benefits of using GraphQL in your API that you should take into consideration.

We all know that APIs are the new standard when we develop any piece of software. All the latest paradigm approaches are based on a distributed amount of components created with a collaborative approach in mind that they need to work together to provide more value to the whole ecosystem.

Talking about the technical part, an API has become a synonym for using REST/JSON to expose those APIs as a new standard. But this is not the only option even in the synchronous request/reply world, and we are starting to see a shift in this by-default selection of REST as the only choice in this area.

GraphQL has emerged as an alternative that works as well since Facebook introduced it in 2015. During these five years of existence, its adoption is growing outside Facebook walls, but this is still far from the general public uses as the following Google Trends graph shows

But I think this is a great moment to look again and the benefits that GraphQL can provide to your APIs in your ecosystem. You can start a new year by introducing a technology that can provide you and your enterprise with clear benefits. So, let’s take a look at them.

I want to start this point with a small jump to the past when REST was introduced. REST was not always the standard we use to create our API or Web Services, as we called it at that point. A W3C standard, SOAP, was the leader of that, and REST replaces it, focusing on several points.

However, the weight of the protocol much lighter than SOAP makes a difference, especially when mobile devices start to be part of the ecosystem.

That is the situation today, and GraphQL is an additional step further on that approach and the perspective of being more flexible. GraphQL allows each customer to decide what part of the data they would like to use the same interface for different applications. Each of them will still have an optimized approach because they can decide what they like to obtain at each time.

Another important topic is the dependency between the consumer of the API and the provider. We all know that different paradigms like microservices are focus on that approach. We aim to get much independence as possible among our components.

REST is not providing a big link between the components that is true. Still, the interface is fixed at the same time, so that means each time we modify that interface by adding a new field or changing one, we can affect the consumer even if they do not need that field for anything.

GraphQL, by its feature of selecting the fields that I would like to obtain, makes much easier the evolution of the API itself much and at the same time provides much more independence for the components because only the changes that have a clear impact on the data that a client needs can generate an effect on them but the rest it is completely transparent form them.

One of the aspects that defined the rise of REST as a wide-used protocol is the lack of standards to structure and define its behavior. We had several attempts using RAML or even just “samples as specification”, swagger, and finally an OpenAPI specification. But that time of “unstructured” situation generates that REST API can be done in very different ways.

Each developer or service provider can generate REST API with a different approach and philosophy that generates noise and is difficult to standardize. GraphQL is based on a GraphQL Schema that defines the type managed by the API and the operations that you can do with it in two main groups: queries and mutations. That allows that all the GraphQL APIs, no matter who is developing them, follow the same philosophy as it is already included in the core of the specification itself.

After reading this article, you are probably saying, so that means that I should remove all my REST API and start building everything in GraphQL. And my answer to that is …. NO!

The goal of this article if that you are aware of the benefits that different way to define API is providing to you so you can add them to your toolbelt, so next time that you create an API to think about these topics described here and reach to a conclusion that is: mmm I think GraphQL is the better pick for this specific situation or the other way around, I am not going to get any benefits on this specific API, so I rather use REST.

The idea is that you now know to apply to your specific case and choose based on that because no better than yourself to decide what is best for your use case. 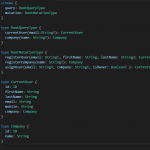 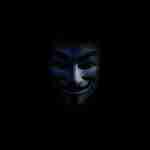 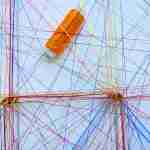 Is It gRPC As Fast Versus REST As All The Industry Is Talking About?